The Import feature allows an XML file that contains the contents of a project to be imported into another project. Importing is a three-step process:

Select an XML file containing exported Validatar objects. Invalid file types and XML files incorrectly structured will not be accepted. To ensure you have the correct file to import, export objects from Validatar first for reference.

If a data source in the project you're importing into has the same name and connection string as a data source found in the imported XML file, the data sources will automatically be mapped to each other. This default mapping can be changed if necessary.

For data sources where an identical name and connection string is not found, you will have to choose the respective data source. 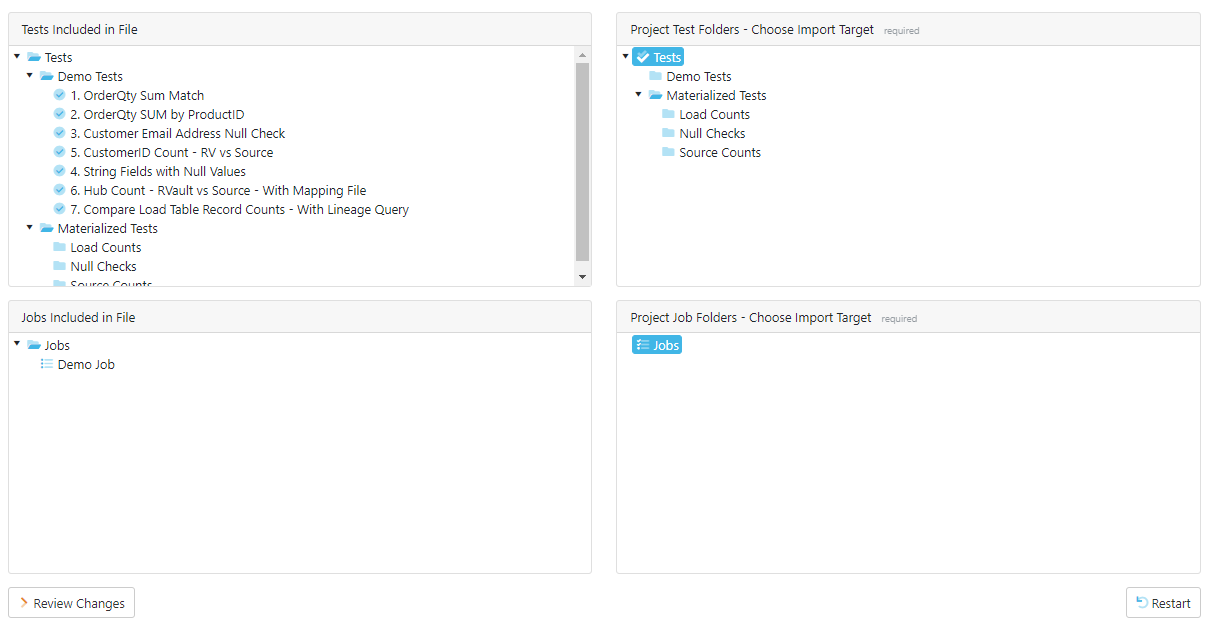 To toggle between overwrite and rename, click the icon next to the object.

Once you review all changes to be made to the project, select Import. Navigate back to the Tests and Jobs area to confirm the import was successful.

Was this article helpful?
Thank you for your feedback! Our team will get back to you
How can we improve this article?
Your feedback
Comment
Comment (Optional)
Character limit : 500
Please enter your comment
Email (Optional)
Email

We use our own and third-party cookies to understand how you interact with our knowledge base. This helps us show you more relevant content based on your browsing and navigation history.